skip to main | skip to sidebar

PMQ'S “Its Time To Put On Make-Up”

Its Time to Meet the Muppets...

Is it just me, or does the HOC sometimes take on the appearance of a theatre? Prime Minister's Question Time often descends into farce with pantomime “Boo's” and jeers. MPs shouting “Hear Hear”, heckling and constantly bobbing up and down in their seats. Half expect them to do a Mexican Wave or call for an encore.

One day the penny dropped and my Muppet MPs were born... Inspired by our new “Coallition government”, still very much a work in progress.. here is a collage of my Muppet MPs to date, enjoy ! 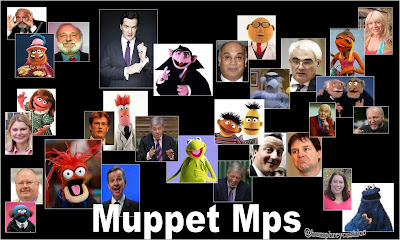 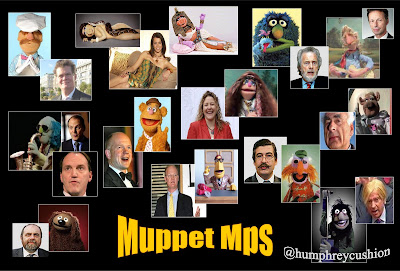 Posted by Ms Humphrey Cushion at 06:02